"Canalero" in task work. In the background can be seen one of the containers of a ship passing through the Panama Canal. 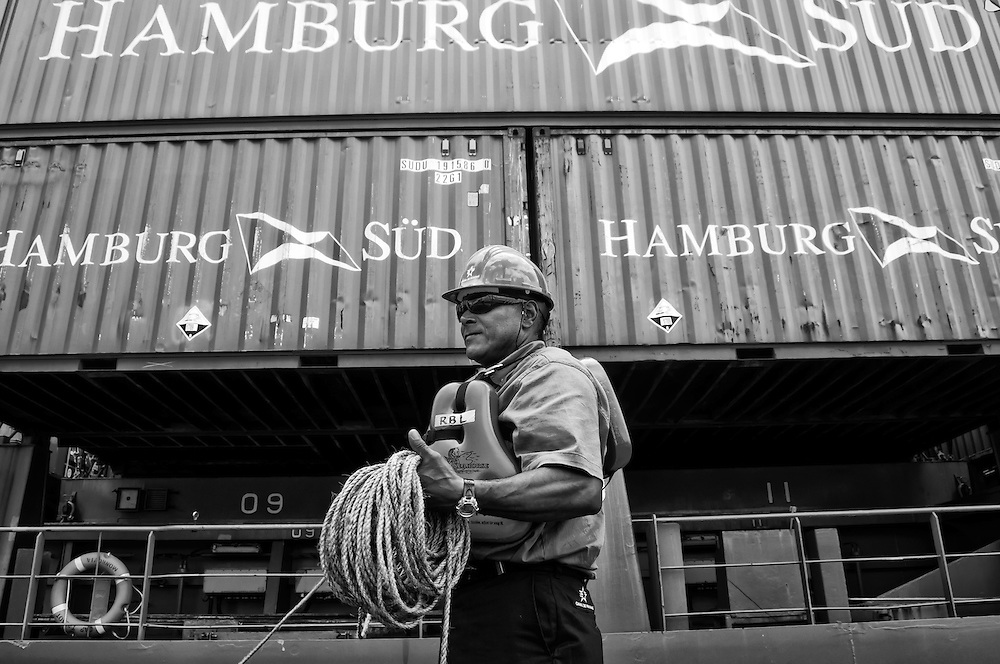